**These lists are in no particular order.**

I had originally planned on doing a “Top 10”, which quickly became a “Top 5”, which then just became 4.

Release Date: June 8th
Director: Ari Aster
Starring: Gabriel Byrne, Toni Collette, Milly Shapiro, Alex Wolff
Plot: After the tragic death of a loved one, a grieving family begins to uncover dark secrets and experience very weird shit.
Why it’s good: With one of my most favorite instances of “this went from 0-100 real quick”, Hereditary gives hope to the horror genre despite having a few cliches and some predictability. Also, the final 15 minutes had me sweating.
Interesting Fact: Many of the cast and crew view the film as a family drama more than a horror movie.
Best Line: “I never wanted to be your mother.”
Rotten Tomatoes Score: 89% Certified Fresh
Coffee Sip Score™: 8/10
Oscar Odds ¯\_(ツ)_/¯: Original Screenplay

Release Date: April 20th
Director: Jeremy Dyson, Andy Nyman
Starring: Andy Nyman, Martin Freeman,  Paul Whitehouse, Alex Lawther
Plot: Skeptical professor Phillip Goodman embarks on a trip to the terrifying after finding a file with details of three unexplained cases of apparitions.
Why it’s good: This movie is like someone telling spoopy stories around a campfire. There are plenty of spoops, all 3 stories were great but I wish they were longer, a very daunting atmosphere, an incredible twist, and the ending will leave you both looking over your shoulder and wanting to see it again to look for easter eggs.
Interesting Fact: The title of the film was misspelled as “Ghost Storeis” in much of the pre-release media. This was done to accord with the production’s tagline “The brain sees what it wants to see”
Best Line: “Do you believe in evil, Professor? I didn’t, until that night.”
Rotten Tomatoes Score: 83% Certified Fresh
Coffee Sip Score™: 8/10
Oscar Odds ¯\_(ツ)_/¯: Original Screenplay 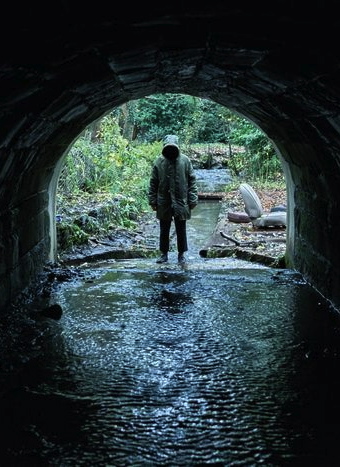 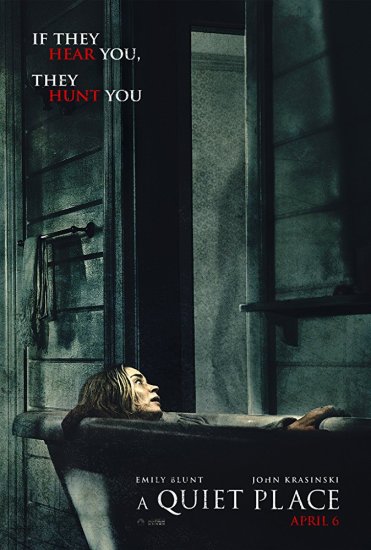 Release Date: April 6th
Director: John Krasinski
Starring: Emily Blunt, John Krasinski, Millicent Simmonds, Noah Jupe
Plot: In the near future, a family is forced to live in silence while hiding from monsters with ultra-sensitive hearing.
Why it’s good: A very creative and original post-apocalyptic monster movie. I absolutely loved the monster design, the music was great, there are plenty of spoops, I was careful about making noise in my own house, and I wouldn’t last a day in that universe.
Interesting Fact: The filmmakers purchased twenty tons of corn and hired local farmers to grow it.
Best Line: “Who are we if we can’t protect them? We have to protect them.”
Rotten Tomatoes Score: 95%
Coffee Sip Score™: 8/10
Oscar Odds ¯\_(ツ)_/¯: Original Screenplay, Directing, Sound

Release Date: April 6
Director: Justin Benson, Aaron Moorhead
Starring: Justin Benson, Aaron Moorhead
Plot: Years after two brothers escape a cult… they go back… what can go wrong?
Why it’s good: The performances, visuals, and cinematography are all pretty well done, and the atmosphere and mystery were what kept me interested.
Why it didn’t make the list: After a certain point the writing starts to suffer and it becomes predictable, and people that seek spoops will get bored easily.
Rotten Tomatoes Score: 94% Certified Fresh
Coffee Sip Score™: 8/10

Release Date: January 5th
Director: Adam Robitel
Starring: Lin Shaye, Leigh Whannell, Angus Sampson
Plot: More misadventures of Elise and her dynamic duo partners.
Why it’s good: It has plenty of spoops and features our favorite demon-hunting old lady.
Why it didn’t make the list: The atmosphere isn’t as creepy as it’s predecessors, the writing is goofy, and basically it lacks the one thing that made the first two great: James Wan.
Rotten Tomatoes Score: 32%
Coffee Sip Score™: 6/10 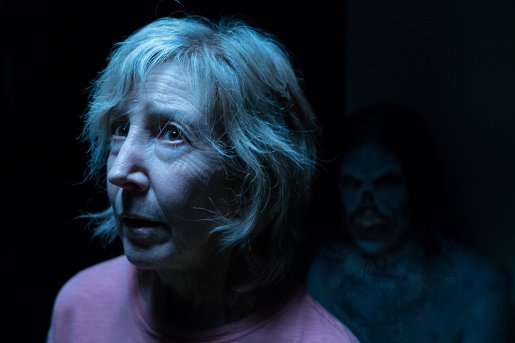 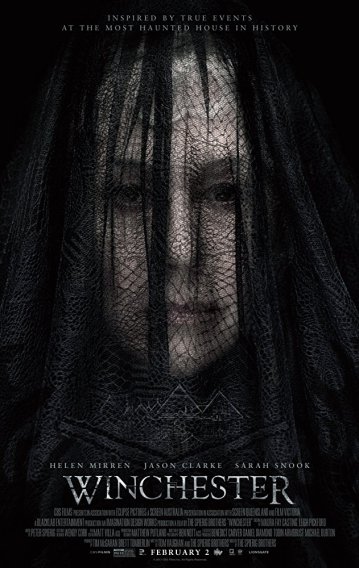 Release Date: February 2nd
Director: Michael Spierig & Peter Spierig (The Spierig Brothers)
Starring: Helen Mirren, Sarah Snook,  Jason Clarke
Plot: A psychiatrist is sent to the Winchester Mansion to determine the condition of the headmistress, Sarah Winchester. Instead, he uncovers that the mansion is haunted and that there is a method behind Sarah’s madness.
Why it’s good: The production set and atmosphere are quite creepy, there’s an interesting twist, and the performances of all the characters feel natural.
Why it didn’t make the list: The spoops in this movie started off strong, but they eventually became too predictable and too often. The writing also began to suffer in the second half.
Rotten Tomatoes Score: 14%
Coffee Sip Score™: 6/10 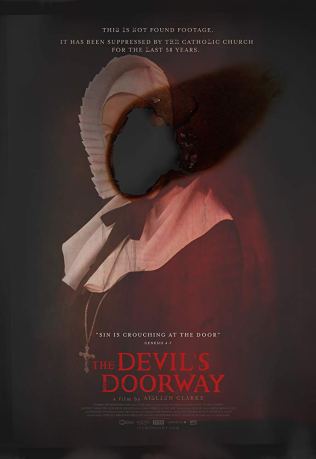 Release Date: July 13th
Director: Aislinn Clarke
Starring:  Lalor Roddy, Helena Bereen, Ciaran Flynn, Lauren Coe
Plot: Two priests are sent to investigate a crying Virgin Mary statue at a women’s home in Ireland. After a few days, they realize Satan has found his way there also.
Why it’s good: The production set and atmosphere are quite creepy, and the performance of Lalor Roddy stands out among the rest.
Why it didn’t make the list: Since when is a statue of the Virgin Mary crying blood a miracle? The spoops in this movie started off strong, but eventually, you just get tired of what’s going on.
Rotten Tomatoes Score: 81%
Coffee Sip Score™: 6/10 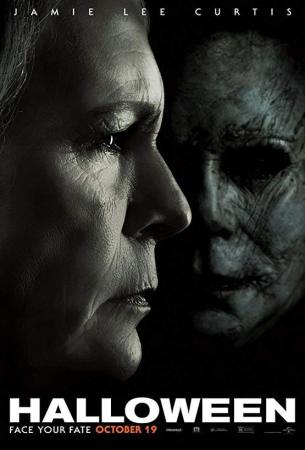 Release Date: October 19th
Director: David Gordon Green
Starring: Jamie Lee Curtis, Andi Matichak
Plot: Ya boi Michael Myers comes back to Haddenfield 40 years after the original Babysitter Murders to cause more shenanigans.
Why it’s good: It was nice to finally be able to see Michael Myers on the big screen, and he was even more brutal than I was expecting him to be. The music was on point, and I noticed plenty of references to the original 1978 version as well as the original Halloween II.
Why it didn’t make the list: I couldn’t help but compare it too much to the original. (It didn’t help that Jamie Lee Curtis even said this movie lived up to the original.) The atmosphere of dread and suspense was not there, some dialogue was too comedic, I didn’t care about any character aside from Michael or Laurie (In fact I hated most of them.), and I believe that even the cinematography wasn’t scary like it was in the original.
Rotten Tomatoes Score: 79% Certified Fresh
Coffee Sip Score™: 7/10 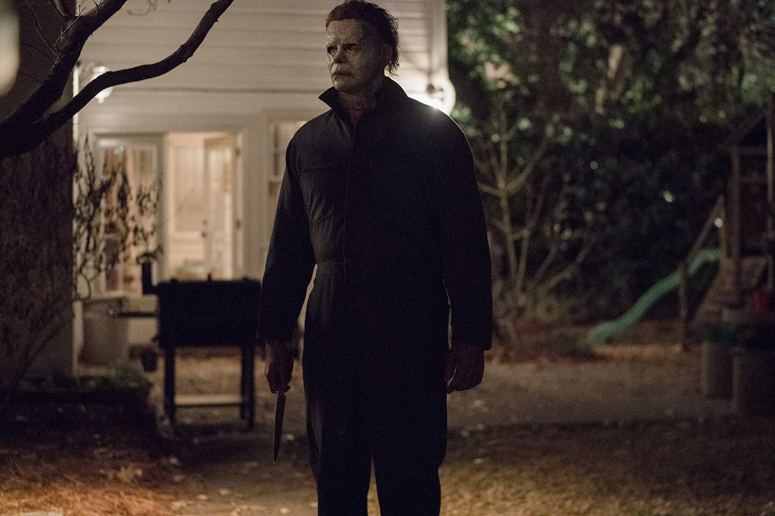 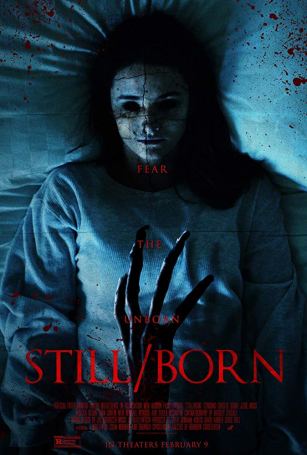 Release Date: February 9th
Director: Brandon Christensen
Starring: Christie Burke, Jesse Moss
Plot: After giving birth to twins, only 1 survives, and the mother falls into postpartum depression and begins to believe a demon is after her remaining newborn son.
Why it’s good: There are plenty of spoops, the atmosphere is creepy, some of the dialogue is dark, and the music is pretty good.
Why it didn’t make the list: I got bored by the end, there are a lot of cliches, and Christie Burke’s character began to annoy me.
Rotten Tomatoes Score: 70%
Coffee Sip Score™: 7/10

Release Date: October 12th
Director: Gareth Evans
Starring: Dan Stevens, Richard Elfyn, Paul Higgins
Plot: A brother joins a cult to try to save his kidnapped sister.
Why it’s good: While lacking any jump scares, the dialogue, music, atmosphere, and set design are all well-crafted enough to keep one immersed.
Why it didn’t make the list: I felt like the writing got lost within itself, which led to me getting bored, and I didn’t care about any character.
Rotten Tomatoes Score: 80% Certified Fresh
Coffee Sip Score™: 7/10 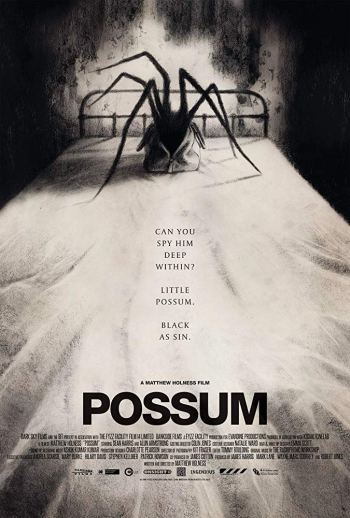 Release Date: October 26th
Director: Matthew Holness
Starring: Sean Harris
Plot: A puppeteer goes through some really fucked up shit.
Why it’s good: Sean Harris is great, it has the scariest puppet I’ve ever seen, plenty of jump scares in the second half, a disturbing soundtrack, and symbolism out the wazoo forcing you to put the pieces together after the credits begin to roll.
Why it didn’t make the list: If you’re not a movie “watcher” (i.e. analyzing all the aspects of filmmaking), you will probably not like this movie, it’s a bit of a snoozefest, and the soundtrack can get annoying with its high pitched rings. (Although I think that’s on purpose.)
Rotten Tomatoes Score: 85%
Coffee Sip Score™: 7/10

The following titles are ones that I found weren’t great, but also weren’t terrible. They were just fine, nothing to rave about.

The following titles are ones that I found to be very bad, disappointing, mentally damaging, and/or boring, and I absolutely do not recommend them.

The Ones I Missed