Movie marketing is really stupid. They are announced way too early, and trailers ruin them. I know what you’re saying, “Just don’t watch trailers.” The one problem with that is the 5-7 trailers they show for 25 minutes at theaters. But despite all that, there are always a select number of films I can’t help but get really excited about.

Expected Release: December 21st
Director: Aaron Horvath, Michael Jelenic
Writer: Matthew Fogel
Cast: Chris Pratt, Anya Taylor-Joy, Jack Black, Seth Rogen, Fred Armisen, Keegan-Michael Key
Plot: Guess
Why I’m excited about it: This is going to be one of the dumbest things ever to exist and I can’t wait to see it flop so hard.

9. Fantastic Beasts: The Secrets of Dumbledore

Expected Release: April 15th
Director: David Yates
Writer: Steve Kloves
Cast: Eddie Redmayne, Jude Law, Katherine Waterston, Ezra Miller, Mads Mikkelsen
Plot: Um… something about Grindelwald trying to rule the world. Dumbledore recruits Newt to lead an army even though he’s just some guy. Dumbledore obviously has a secret. I think the last movie revealed he was in a relationship with Grindlewald or something I honestly don’t know who cares.
Why I’m excited about it: Pretty much the same reason as number 10. This franchise is screwed and I’m only interested to see how they try to keep it afloat. It’ll be really stupid.

Expected Release: July 29th
Director: Jaume Collet-Serra
Writers: Adam Sztykiel, Rory Haines, Sohrab Noshirvani
Cast: Dwayne Johnson
Plot: Black Adam is like Shazam but kind of evil
Why I’m excited about it: I really enjoyed Shazam back in 2019. The Rock always brings great energy to the screen. Now this isn’t Shazam 2, that’s coming out next year. But this will obviously tie in.

Expected Release: April 22nd
Director: Robert Eggers
Writer: Robert Eggers
Cast: Alexander Skarsgard, Anya Taylor-Joy, Nicole Kidman, Ethan Hawke, Willem Dafoe, Björk
Plot: A young prince’s father is killed, he goes on a revenge quest. You know how it goes
Why I’m excited about it: Robert Eggers is an incredible filmmaker. The VVitch and The Lighthouse are absolute wild rides. While those were horror films and The Northman seems more of an action adventure, I’m sure it will still be awesome as hell.

#6: Across the Spider-Verse – Part One

Expected Release: October 7th
Director: Joaquim Dos Santos, Kemp Powers, Justin K. Thompson
Writer: Phil Lord, Christopher Miller, Dave Callaham
Cast: Shameik Moore, Hailee Steinfeld, Oscar Isaac, Issa Rae
Plot: Miles Morales and Gwen Stacy go on a multiverse adventure
Why I’m excited about it: I think everyone can agree that Into the Spider-Verse was quite possibly the best Spider-Man movie ever. The performances, the animation style, the music, the writing were all spectacular. So it’s sequel has a lot to live up to

#5: The Unbearable Weight Of Massive Talent 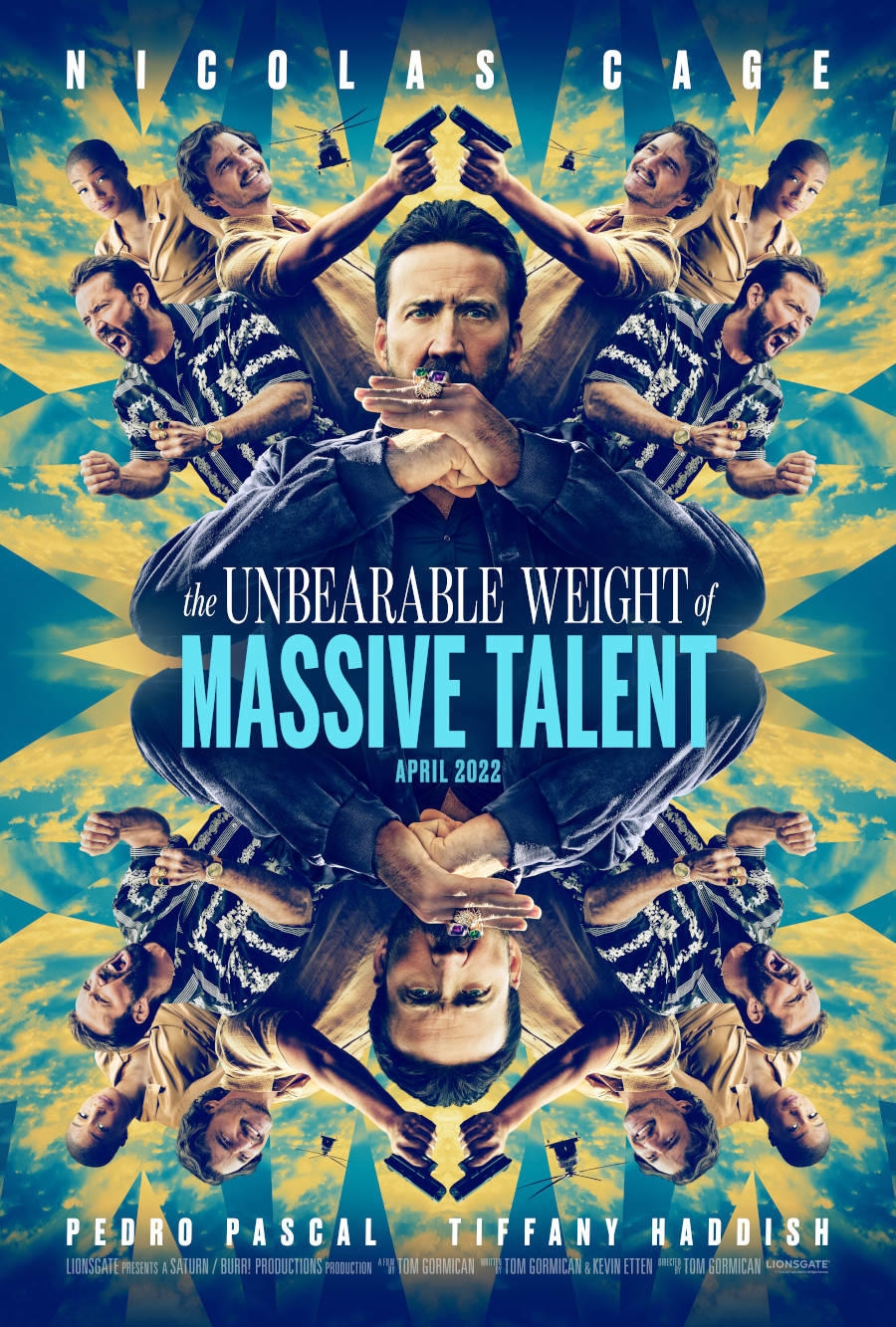 Expected Release: April 22nd
Director: Tom Gormican
Writer: Kevin Etten, Tom Gormican
Cast: Nicolas Cage
Plot: Nic Cage gets caught up in working for the CIA to take down a drug kingpin.
Why I’m excited about it: It’s a Nic Cage movie where Nic Cage plays Nic Cage. This is going to be one of the greatest movies of all time.

Expected Release: March 4th
Director: Matt Reeves
Writer: Matt Reeves, Peter Craig
Cast: Robert Pattinson
Plot: Batman vs. The Riddler
Why I’m excited about it: Easily one of the most-hyped-for movies by everyone. Anything will be better than what Zack Snyder gave us. This has been in development for a very long time. I also think we all can agree the score from the trailers is just amazing.

Expected Release: “December 16th” (Maybe)
Director: James Cameron
Writer: James Cameron
Cast: Sam Worthington, Zoe Saldana
Plot: Who fuckin’ knows it’s been so long
Why I’m excited about it: A movie we’ve been promised for the past 10 years. They say it’s coming out this year yet we still don’t have a trailer. I won’t believe it until we get one.